On Friday April 5th, Second Life Newser wrote about the US Department of the Treasury's new guidelines on virtual currency. This move has consequences for Linden Lab as they'll have to spend time, and probably money on extra lawyers, on required paperwork for them. And it's likely this is just the beginning.

Over the weekend, I met up with Jacek Shuftan, the head of the Podex Exchange. He had spoken briefly about the matter at the time the article then was being written, "every coin has two sides, if (Linden dollars) were virtual currency, it would be more trustworthy, and (Second Life) will have more investors." I felt as a Linden reseller, he would have more to say on the matter.

I asked him, "Was there anything else you wanted to say about the US Treasury and Linden Lab?" 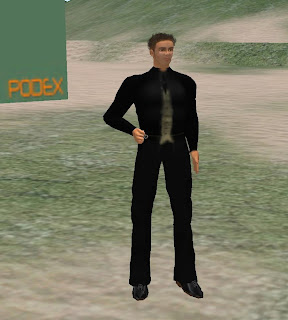 "I am still thinking how close it is, and if it (will) happen," Jacek answered, "For now, it is not an obligatory law. For now, it's guidelines. But it does appear there will soon be some regulations. I think that bitcoin is the main point of this, and Lindens is only side effect. But anyway, it can be a pain for us all."

"Anyway, it's too late to stop (the) economical revolution started with virtual currencies. If they ban LS, people will sell objects in SL for, bitcoins, Avination CS, or whatever else. It's only a few lines of coding. Even the real world is full of such 'currencies.' If you go to car wash and get a special metal coin to put into machine, what is it if not currency? You can sell it to other car drivers, exchange it for a glass of beer, or keep it and sell for a higher price when the price of a car wash will go up. Or you can just return it to car wash owner and get cash back. Isn't it currency like Lindens, guaranteed by the car wash owner."

"But nobody cares. and governments look at virtual coins because they are new, and the turnover is higher than a car wash (grin).

I asked, "So even if the Lab calls it's Linden dollars a 'transferable license' and not virtural currency?"

"Its not important what name Linden dollars are called," Jacek answered, "if real-life authorities say it's currency."

"I am afraid it's inevitable, governments can not let citizens have something independent of them."

"So you think it's more about control," I asked, "and not so much a desire for another source to tax?"

"Both," he answered, "It's not a secret that lots of bitcoins are used for illegal operations, and governments want to control it. But taxation is also something tempting for governments. If we go this way, ie if we tax Lindens, what about (virtual) land? It's also a possession. Should we write in a yearly tax statement - 512 sqm parcel by the sea? Ferrari car, 123 prims, bought on Marketplace?"

"I can bet any money that officials do not know what to do with it. So they are just testing now."

I asked, "So they're just seeing what they can do before people complain?"

"I think (to them), it looks like a pimple." Jacek answered, "New activity, like virtual economy, appears. Nobody cares at first, but its growing and growing. You try to ignore it as long as you can, because nobody likes having a pimple at the end of the nose. But finally, it's so big and painful that you must accept it, and we are close to this moment."

I asked, "So that's how you think government sees it, in your opinion?"

"Yes," Jacek answered, "They tried to ignore it as long as they could. And now, its high time to do something. But nobody knows what. So they gave us this paper … And they can always say it's only guidelines if something goes wrong. We observe the same tendency in Europe, and in the USA. So it's a worldwide problem, I think."

" 'There is no such wickedness, or cruelty, which otherwise would not have committed a mild and liberal government, when it runs out of money.' Alexis de Tocqueville, at least through Google translator."

"We will see what the future brings. But people adapt fast. We are very flexible in Second Life."

The interview then ended, and Jacek went about his way.