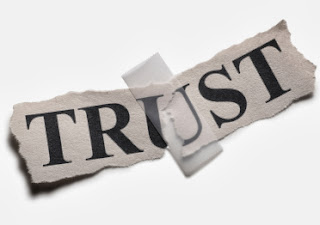 It was about a year and a half ago in which I wrote a commentary questioning Linden Lab's decisions in March 2012 after what had been a period of competence in which the residents were largely pleased with its performance. A week of questionable moves, such as saying there would no longer be quarterly economic reports and stating third party viewers could no longer have unique features, eroded the confidence that had taken months to rebuild.

But those moves were less Grid-shaking than two decisions by Linden Lab this year.

In May, Linden Lab ordered the third party Linden exchange services shut down, stating their LindeX would be the only way residents could buy Linden dollars. It was possible the Lab was worried by the attention the US Treasury department was giving virtual currency following controversy over Bitcoin. But Lindex could be slower, some residents saying it took days to a week at times. More importantly, a number of residents outside the United States preferred methods of payment that third party exchangers accommodated while LindeX didn't. There was talk that many of these residents were going to leave Second Life.

Then the Lab finally relented, at least partially. The exchangers could continue to sell Lindens, BUT only the LindeX could buy them back. While the residents were largely satisfied, I ran into a couple residents who lived overseas saying they had no easy way to convert Lindens back into the currency of their home countries.

Just a few weeks later was the Second Life Tenth Anniversary, and the controversy was largely forgotten as the residents celebrated. People were talking about what the next ten years would bring, and what they would be doing at the SL15B and SL20B.

I felt like writing a commentary then about why Second Life was most likely to still be around ten years in the future, but decided to wait a few months, given Linden Lab's history.

Earlier this month, Linden Lab changed it's Terms of Service with no announcement. Earlier, Linden Lab had rights over content within Second Life, but that was it. And it was accepted it was for the purpose of keeping things on the Grid stable. The new terms basically stated anything uploaded was the property of Linden Lab to do with as they pleased, including publishing and selling it elsewhere.

This was a move many content creators saw badly. For texture websites whose own terms of service stated their goods could not be resold, so far two have stated Second Life residents can no longer use them. For Second Life content creators themselves, they had a decision to make. Would they stop building, or would they accept the Lab's statement assuring they would continue to respect their rights, even though the new Terms of Use remained unchanged?

For Tuna Oddfellow and Shava Suntzu, the creators of one of Second Life's more unique performances, Linden Lab's move was nothing short of an unjustifiable power grab, "you just broke the social contract with me as a creator in Second Life BIG TIME." Their performance was meant to entertain the residents of Second Life, not to be potentially taken and sold without their permission, "I actually do sign contracts … that sign away perpetual rights to work I do … But they PAY me!"

And so Tuna and Shava never held another performance in Second Life once they found out about the new rules. Instead, they picked up and moved their act to the virtual world of Inworldz. And with them they took one of Second Life's unique shows.

Since their decision, there's been much talk and speculation across Second Life's residents. And it's not just by the peanut gallery on forums by residents I don't know.  I've seen residents from the Steelhead and Sunweaver/Angels Estates discuss the matter in both Facebook and inworld chat. People have decided to stop producing goods for a while, unless this move is reversed.

Shockwave Yareach commented, "Other companies manage to sell digital merchandise without making the artist surrender their rights to their creations - the only thing they actually own. If LL cannot accomplish the same thing, then not only do they forfeit the right to claim to be a visionary tech business, but they will forfeit the right to be in business at all. Another exodus has just begun, with creators abandoning their parcels and heading to Inworldz. And these people are the ones who make the stuff which makes SL fun. And just like all the others LL has pushed out, when they are gone, you will NEVER get them to come back and lose more money with LL again. This TOS mess must be corrected immediately! Not in a few weeks. Not even in (a) few days. Immediately. If you thought you were losing lots of sims per month, you haven't seen anything like what has just started."

While it was Linden Lab that created Second Life, the actually content has been almost entirely built by residents. It's the content creators that made it from empty virtual land to the landscapes, cities, castles, and more that have attracted the masses. And with them comes money that keeps the Lab going. Linden Lab has in effect bitten the hand that feeds it.

Compared to Second Life, Inworldz has just a tiny population. But that could easily change now. The issues before were worse lag, not as much content, fewer options for avatars, or in the words of some friends, "I don't want to look like a Ken (or Barbie) doll!", and less people. But my visit to Inwordz was actually less laggy than typical days in Second Life in the days since Project Sunshine. And if content creators migrate over, this will mean more goodies, and more options for what your avatar can look like, including nonhuman avatars for any of my neighbors who wanted to give the place a look.

Several years ago, the Microsoft corporation began replacing it's successful "Windows" software with "Vista." As it turned out, "Vista" was a highly buggy product that PC users reviled, and a number of computer owners found themselves switching to Macintosh computers. The running joke was "Vista was the best commercial for Mac ever made."

The Second Life ToS controversy is turning out to be the best advertising ever made for Inworldz. That grid very well may end up with a population explosion because of it.

In the meantime, Linden Lab has stated nothing new since it's statement following the announcement by CGTextures. While they've been called drama-shy in matters such as these, making anonymous announcements from their "bunker," their silence is only encouraging more people to join the skeptics, encouraging people to stop making content, and encouraging people to go from giving alternative grids a look to making their virtual home there.

Just what is Linden Lab trying to do?

The opinions I've heard are numerous. Some feel these were simple power grabs by Linden Lab. Their objective was strictly short-term profits, greater control over the Grid, or both.  I've also heard people wonder if this was a sign Linden Lab was preparing to sell Second Life, or getting ready to close it down months down the road.

Other opinions suggest something less conspiratorial. As I mentioned, the third party exchange ban came shortly after the Department of Treasury took a greater interest in virtual currency. So perhaps the Feds knocked on Linden Lab's door, and the reaction of the company was panic. The ban, some residents reasoned, was a hastily done move with no intention of ill will, just to keep the Feds from auditing the company, or worse.

And their recent change in their terms stating they could do what they wanted with uploaded content, even distribute or sell outside Second Life? I've heard opinions that this wasn't done out of ill will, to make money from the content should Second Life end up having to close, but rather a "cover your butt" move done by Linden Lab's lawyers. The new ToS was done to help insure against a lawsuit.

Still, if the intention was to help against a lawsuit, this could have been handled a lot better.

Linden Lab, it's past time to admit you goofed up, and change the Terms of Service back.

And if you answer "don't let the door hit you on the way out" like one of you told a third party viewer team member when he suggested he might take his services to an alternative grid, you just might find a LOT of residents stepping through it.