Earlier this month, the Metaverse Journal, once a noted newsletter covering Second Life, officially closed. Lowell Cremorne (David Holloway in real life), the Journal's founder and main writer, stated he no longer had the time to update, it had been months since his previous article, and rather than leave people uncertain about it's fate decided to make it's shutting down official. 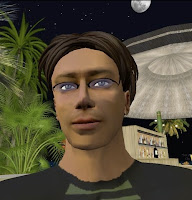 I’m not sure how many people will see this post, but I thought I’d jump in to state the somewhat obvious – that The Metaverse Journal is pretty much no more. It hasn’t been regularly updated in well over a year – not because my interest has flagged but because I plain don’t have enough time to devote to this site AND work on my further studies that involve virtual worlds. I still have 3-4 years of that study to go, so I’d rather draw a line in the sand rather than leave things hanging.

This site has been live since 2006 and was initially launched as Sloz.info (Second Life Oz) and SL was our sole focus. We then widened coverage to virtual worlds more broadly. It’s been a hell of a fun ride ...

Lowell gave thanks to Tateru Nino for her "encouragement over the years," in addition to Feldspar Epstein, Graham Sabre, and Wolfie Rankin who also contributed articles.

Lowel started the Journal in November 2006, saying it was for "bringing an Australian perspective to virtual worlds," but reported on Second Life events, places, and issues in general.