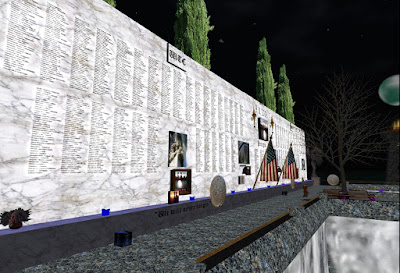 Today marks the 16th anniversary of the Sept 11 terrorist attacks in which Islamofacist hijackers took over four commercial airliners and crashed two into the twin towers of the World Trade Center in New York City and one into the Pentagon in Arlington Virginia, the fourth plane crashing into the Pennsylvania countryside when the passengers discovered what was going on and fought back. 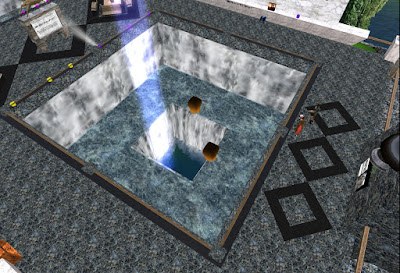 Over the years, there have been a number of memorials to the fallen, such as the dAlliez Sept 11 Memorial, the World Trade Center Memorial at the New York City Block sim, and the Regant Estates’ New York NYC memorial. There was also the Stairclimb Tribute by Aero Pines Park. This year, there are a few up. Probably the best designed on is the Stagg Island 9/11 Memorial at Stagg Island (10/152/37). Last year and 2015, there were three remembrance events at 8AM SL time, 2PM, and 6PM. 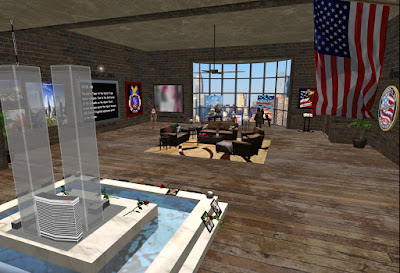 At Tenerife (118/143/1343) is "9/11 Memorial - Always Remember, Never Forget" by Bryston Vanvleck. Bryston had this announcement, "Come join us in honoring the victims and commemorating the 16th anniversary of the September 11, 2001 attacks. A moment of silence will be held at the following times: 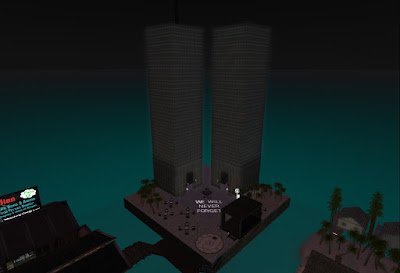 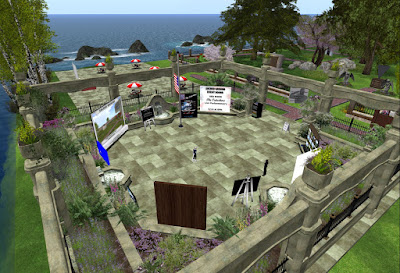