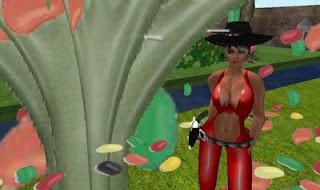 I first met her after joining JamesT Juno and Dana Vanmoer's Second Life Newspaper. Dana considered Breezes her adopted mother here in Second Life. She would write about her shopping, her adventures in the Samarkand roleplay community. But what I remember the most about her writing was her "Breezes Thoughts" articles, little slices of virtual life.  written in a somewhat poetic fashion. Sadly, most have pretty much vanished from the Internet, but a few can be seen such as one preserved in the SL Newspaper archived articles. A cancer survivor, she was also in the Relay for Life. 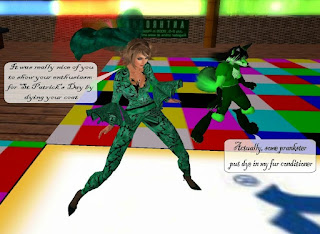 But I knew her as more than just a writer. We would sometimes meet at dance parties, such as the SL Newspaper ones at Metamorphosis, Quark Allen's gigs, the Bahama Beach Club, and others. And on occasion, we'd just meet up and joke around. She would also bring her real-life daughter to Second Life, Glitter. we would have a number of fun times together.

Sadly, the fun times at the Second Life Newspaper came to an end in 2010, and the lady who considered herself her daughter here all but dropped out of Second Life. But Breezes hung on, shopping, being with friends, and eventually joining the Newser for a time. Eventually, she would depart the paper, not able to write articles on a regular basis. But we would still remain in contact with her. 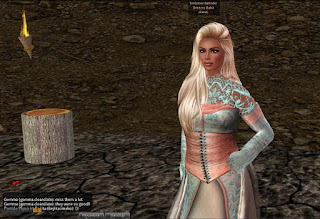 Breezes would spent her last few years in Second Life as a member of the Tombstone Old West roleplay community. Despite some health problems, she continued to be active. She would also continue to meet with us for Newser parties, the last one she was at being the post-holiday party in January. In June, she was becoming too sick to come to Second Life. Friends sent her well wishes and get well cards to her daughter-in law, who told me it meant a lot to her in her final months that she was still remembered.

When she passed away Saturday September 9 shortly after 10AM SL time, word soon reached Second Life. "Breezes Babii passed away and transitioned into her angel wings to watch over all of us," Spoke Ray Lobo (Nevar Lobo) in the Relay group. Vickie A. Maidstone, "Breezes will be missed, but let her legacy live on." There will most likely be a service of some kind for her at the Tombstone community.

Athene Forder would compose a poem on the spot for her. 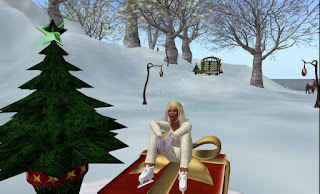 Sometimes one must stand in the sun
alone, enduring the heat
disregarding the sweat and toil
and the disapproving eyes
to make a point worth making

And sometimes one must sit back
knowing that no matter
the wet, heat, cold or blindness
That is not all that is given us
so we must wait

Sometimes we just need to watch the sunrise.

Bisyl Shuftan
Posted by Bixyl Shuftan at 6:01 AM