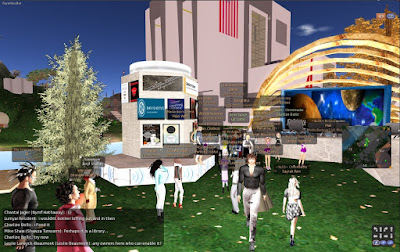 Last Saturday September 2, there was a tribute to Patio Plasma, known as Paul Doherty in real life, whom sadly had recently passed away from cancer. The first part of the event was a tour of the Exploratorium sim which he had managed. The tour was given out by Vic Micalak, who spoke to the crowd in voice. 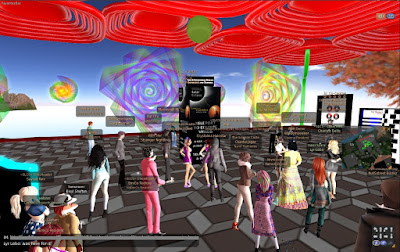 Vic showed people around the various builds of the sim, including a telescope that took you up to the eyepiece by raising the entire floor. With the total eclipse that had crossed the United States on August 21 just after his passing. someone commented that his wife in real life had wrote that he had "'gone ahead' to make sure all went well with the eclipse. Surely he was there."

Patio/Doherty "was a tenured professor of physics for 12 years at Oakland University, Michigan, where he taught courses ranging from physics, astronomy, and geology to electronics, computer programming, and meteorology. ... He is the author of many books, including the Explorabook, The Exploratorium Science Snackbook, the Klutz Book of Magnetic Magic, Color of Nature, and Traces of Time. Paul was given the Faraday Science Communicator award by the NSTA and chosen as the “Best Science Demonstrator” at the World Congress of Museums in Helsinki in 1996. ... He also spent time in the Antarctic Research center and he even appeared one time on the Late Show with David Letterman. The last book he wrote before he died was And Then You’re Dead: What Really Happens If You Get Swallowed by a Whale, Are Shot from a Cannon, or Go Barreling over Niagara." 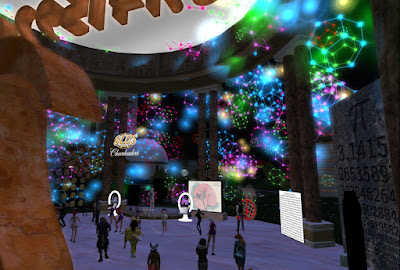 Following the tour of the Exploratorium, Charlize Bellic held a Relay for Life memorial concert with live performances by several musicians inworld, "we are honoring on great individual who we lost to cancer: Patio Plasma a Second Life physicist with a true passion for science right now, and we have whirli on stage with Marqs coming up. Let's send this great person of Second Life out with the party they deserve."

There would be nine hours of music that day and evening, part of a tribute to the professor whom had done much for science in Second Life.