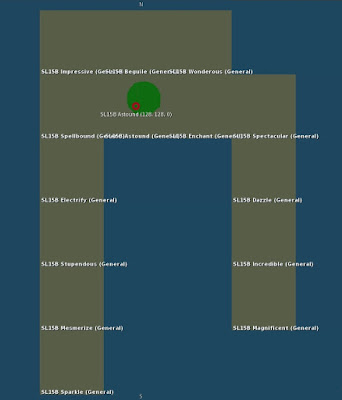 A few weeks ago, the Newser reported on what we thought were the SLB sims. But these were labeled "SLB 1, SLB 2 , etc." rather than given the age of the grid or the names they usually do. Last night, a search on the map revealed a number of sims labeled "SL15B," along with the familiar names. What's unusual is the smaller number than recent SL Birthday celebrations and the hook shape they're in. As the sims don't appear on Tyche Shepard's weekly sim report on the SL Universe forums that went on on Sunday, it's a good bet they just went up. So the six sim sized empty space in the middle will most likely be filled.