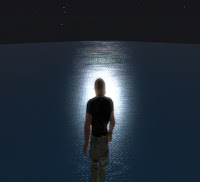 A couple days ago, the Newser reported that the SL15B sims were fewer in number and in an unusual shape compared to recent SL Birthday celebrations. In group chat in the SLB group, Doctor Gascoigne stated not all of the sims for the event were in the group, "There are some of them being worked on at an undisclosed location."

So announcements, and presumably the theme of "The Birthday," will be announced a little later compared to most previous SLB events, though not as late as SLB9 when Linden Lab announced it would no longer be organizing them and volunteers banded together to get it going.