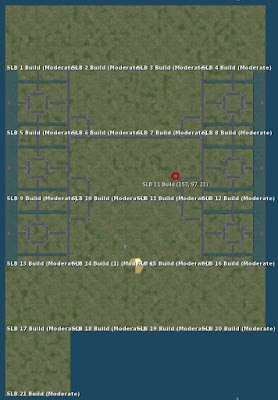 Tyche Shepherd's weekly Grid update in the SL Universe forums had some interesting news. Among the 66 new sims on the map were those for the Second Life Birthday. Each with "SLB" and "Build" as parts of their names, there are 21 in all from SLB 1 Build to SLB 21 Build. A few already have water, and roads or other builds on them. As time goes on, there will certainly be more. As of now, the Newser has heard no announcements by the Second Life Birthday organizers, but no doubt there will soon be a call for volunteers, performers, and exhibitors. The sims are closed to all but a few, and are just south of the Paleoquest game areas, which are far to the southwest of most other sims. 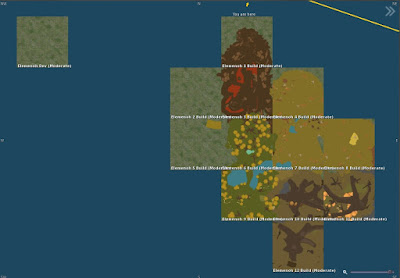 There was also a group of 13 sims that Tyche called part of a new project by Linden Lab: Project Elemenoh. Twelve of the sims are labled "Elemenoh 1 Build" to "Elemenoh 12 Build," with a "Elemenoh Dev" seperate and a little to the northwest. Aside from their appearances on the map, which are varried, not much else is known about these sims. There are two groups of 12 sims each nearby, Build LR 1 to Build LR 12 and Staging LR 1 to Staging LR 12, which Tyche didn't mention. Also nearby was a four sim group each with "Snuffle" in it's name and two other sims. It's unclear if they're part of Project Elemenoh, or are part of something else is working on.

The sims, along with the Portal Partk Winter Build just south of them, are south of most sims on the map, with the Black Rose sim some distance to the east being the closest open to all I could find.

Stay tuned for more information on both when it becomes available.