Commentary: Is Linden Lab Leaving Second Life Behind in Favor of Sansar? 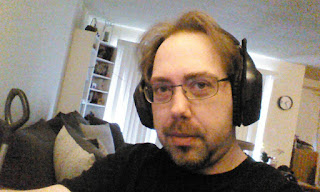 Recently Will Burns, known as Aeonix Aeon in Second Life, took a trip to Linden Lab. He got to meet Ebbe Linden, and they were all to happy to show him Sansar, putting him in an Occulus Rift, and giving him a show. He mentioned one of the areas in Sansar that's been getting the most attention, Ache's Garage of the upcoming movie about virtual reality "Ready Player One." And he could understand why companies such as Warner Brothers would prefer working with Sansar over Second Life as Sansar is more controlled while Second Life to them, in Burns' words, "is like the inmates running the asylum." So he felt both virtual worlds had a place with Linden Lab.

But from his point of view, for all the attention Linden Lab was giving to Sansar, he felt Second Life was being ignored. Or in his words it was "treating it like the wicked red-headed step-child." 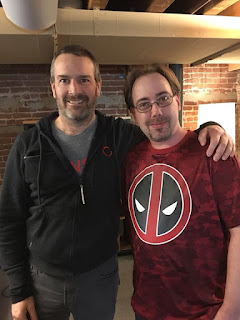 While I was at Linden Lab, I definitely got the feeling that SANSAR was the main focus with a near total avoidance of discussing Second Life or its future. It’s technology evangelism at its peak. As far as Ebbe is concerned, he’s all-in for SANSAR while Second Life is … somewhere in the basement level with the engineers. On one side of the equation I can see why Ebbe would be all-in for SANSAR. I’d assume Linden Lab spent a stupid amount of money developing it and couldn’t afford to pull the plug, and so he was likely told to produce an ROI come hell or high water. ...  Right at this moment, he’s showing qualities of Captain Ahab, in the blind pursuit of SANSAR (Moby Dick). But I believe he’s intelligent and an overall great guy. Smart enough not to sabotage his own efforts and company. After all, Second Life is still the goose that laid the golden egg. It didn’t die, it’s just being actively starved and strangled by the aforementioned organizational changes and CEOs. Which is really unfortunate, because I also believe Linden Lab also has some brilliant and creative people there with their hands tied, and who absolutely love Second Life and want to make it better.

Burns would later talk to Hamlet Au, whom later brought it up in New World Notes, "Here's the vibe I get. When I was there, Ebbe was of course wearing the Sansar hoodie, and keen to steer conversation back to Sansar whenever possible. Whenever I did bring up Second Life related things, I got the vibe that he was politely listening and waiting to go back to Sansar discussion and show it off." Burns would also cite the Newser's February 23 article of Linden Lab laying off twelve employees in which one former worker stated, "Company is too focused on its new product; those who work on the mainstay feel set aside and taken for granted."

It's been hinted at before that the release of the movie "Ready Player One" could rekindle interest in virtual reality. But as Burns notes, "opening the floodgates to SANSAR right now ... would be very, very, bad" for the virtual world as it is still in it's early stages and "the public would compare it harshly to other more polished systems." Perhaps Linden Lab could compare Second Life to an early version of the movie's "Oasis," not as flashy as some MORPGs, a little buggy, a little laggy, and often chaotic. But it's got a solid fanbase that uses it in many ways. Some of those ways are truly grand, from great works of art to large online communities to raising thousands of dollars for charity. And that is certainly worth drawing attention to.

Burns' article can be read in it's entirety in his Andromeda blog.