News and Commentary: Is Second Life's Population Not Growing in Numbers Because It's Growing Older? 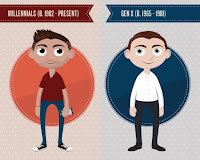 When Second Life began to fade from the tech media spotlight, naysayers predicted it would quickly go away. It hasn't. After almost fifteen years it's still around and tens of thousands can be found online at any one time. But over the years, it's been undergoing a long slow decline. Why this is has been the subject of some debate. But it's been suggested that maybe the reason isn't so much that people are leaving on their own, but that the existing userbase is getting older with not that many young people going in.

Read the commentary in Extra.
Posted by Bixyl Shuftan at 6:04 AM