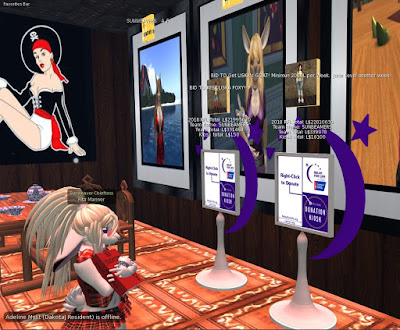 On Friday May 18, the totals of Team Sunbeamers' first round of "Bid Me" events were made final and official. For those who need a reminder, the three volunteers were Team Chieftess Rita Mariner in "Bid Me to the Dogs," Liska Fuchs in "Bid Me Goat," and Bixyl Shuftan (myself) in "Bid Me Pantsless." Following the end of the party at Club Cutlass at 8PM that night, Rita tallied up the amounts, and gave them out in a Sunbeamer team announcement: 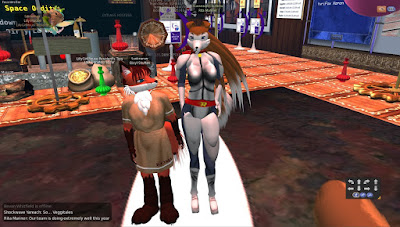 So it seems yours truly will be sans trousers for a while, at least when not doing Newser duty such as interviews. But I won't be going around in my undies. There's kilts, togas, male kimonos, swimming trunks, and of course going about in tiny avatars that my clothes don't fit. At a little over 25,000 , this was my second most successful Bid Me event, the top one my "Bid Me Human" for the Passionate Redheads several years ago. 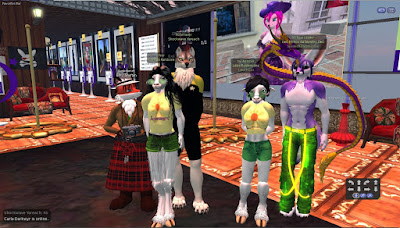 With a total of 53,200 raised, this first round of Bid-Me events pushed Team Subeamers past the 300,000 mark. As of the writing of this article, the team has raised over 346,000 Lindens. At this rate, it won't be long before the team reaches Jade level, which it has never done. This season, that will take 375,000 Lindens. Earlier, I stated if this level was reached, I'd be in a green avatar for a week. It looks like I may have both a Jade Avatar challenge *and* a Bid Me condition to live up to. Oh well.

The Sunbeamers are planning more events this season, including an air show in June. And of course there's the Relay Weekend.