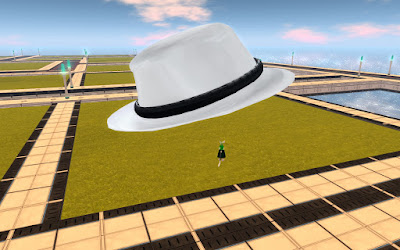 The early part of the Second Life Fifteenth Birthday is over. The exhibitors, at least the first round of those approved, were notified a few days ago in their emails. And starting at Noon today, they could ask to be invited to the exhibitors' group and claim their plots. Ant the Newser "threw it's hat in the ring" once more. Our build will be at SL15B Spectacular. 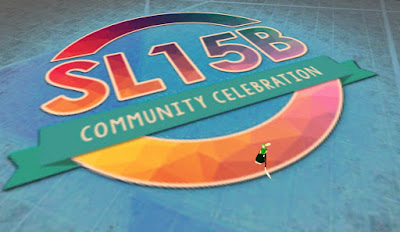 Already, some exhibitors are putting their builds up. So we can't show you an expanse of plots waiting to be claimed as the builders were that fast. We may show you a few sneak peaks over the next few weeks. But we can't reveal too much, not yet, at least of the builds. But there's still plenty to write about in the coming weeks, so stay tuned for further updates.

The sims open to all on Sunday June 17 at Noon SL time when the celebration begins.