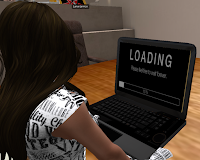 On December 14 2017, the Federal Communications Commission voted to end it's protection of Net Neutrality. The decision came despite numerous advocacy groups, over 200 businesses and trade groups, as well as skepticism of the public at large. Among the corporations calling for it's continuation is Linden Lab, whose founder Philip Rosedale predicted "especially negative" consequences as Internet providers could easily introduce bandwith caps and by-the-megabyte billing.

The new rules did not go in effect right away  They had to be posted to the Federal register first. For some reason, this had not been done for over four months, provoking guesses as to why. But on Thursday May 10, the FCC stated in a notice that thirty days after the following day, or June 11, the new rules doing away with the Net Neutrality protections would begin. "These unnecessary and harmful internet regulations will be repealed," FCC Chairman Ajit Pai stated.

So what happens next? There is a bill in Congress being pushed that if passed would require the FCC to keep the current protections. But while it needs only one more Senator to support it, it faces an uphill battle in the House. In the courts, more than twenty states have also filed suit to stop the FCC from repealing the present-day rules. Several states, including California and New York, are considering legislation enforcing Net Neutrality within their boundaries. But a spokesman for the FCC states such legislation would be illegal and would be challenged in court.

Gigi Sohn, an advisor to a former FCC chairman Tom Wheeler, commented that net neutrality's future will probably "stay murky" through the rest of the year.

Because of the importance of the issue of Net Neutrality, the Second Life Newser declared FCC Chairman Ajit Pai as it's "Man of the Year" for 2017 as we felt the potential harm of the disposal of these new regulations to Second Life outweighed the accomplishments of any one group of residents or any one accomplishment of Linden Lab.