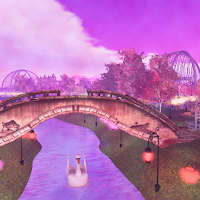 February is best known for Valentines Day. And Second Life will be having a number of events related to the romance-themed holiday. Linden Lab has it's own Valentine event every year, and recently announced it on the official blog: the "Hug-A-Linden/Dunk-A-Linden" event.


Isle of View has returned with its forested walks, love nooks, and romantic swan boat rides. Love is in the air, and pink sunbeams are the perfect spot to profess your true feels to your belle or beau. Enjoy a scenic glide across the pink and purple waters, the twinkling rain of fireworks (and not just the kind you expect when you sneak that first kiss!), or stroll through the twining paths to hugging booths for picture-perfect moments. 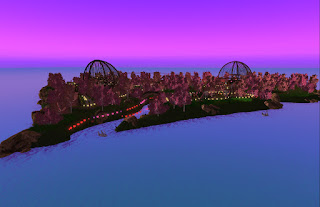 While the Isle of View's entrance from Portal Park remains closed, one can access it on the map at Isle of View 2 (84/79/107), which is also mentioned in the Destination Guide. The Isle's sun is frozen at sunset through the clouds, giving the place a pinkish hue. One can walk down the paths, with lots of heart-shaped builds, pink lanterns, cherry-blossom trees, fireworks, and more. Or one can go down the water in a swan boat, preferably with your special someone. 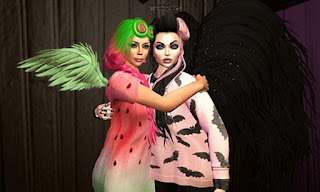 The Valentines Day event will take place at the two "Love Pavilion" areas, seen as dome-like structures from a distance. Until then, people can have fun at the hugging and dunking booths, or buy a gift for a friend at the gift kiosk.