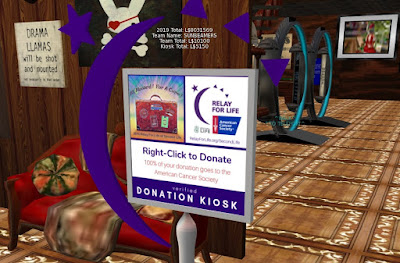 Just a few days into the Relay fundraising season, Team Sunbeamers are making progress. Sometime on Monday February 18, they reached the 10,000 Linden dollar amount. This puts them among the bronze level teams. 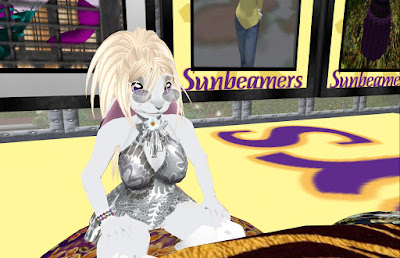 Talking with team captain Rita mariner, there are a few plans for the season ahead. There will be at least one "Bid Me" event soon. There will also be a fundraising event at the Happy Vixen soon. And despite that two of the team's best builders are taking a break, there will be a Sunbeamer camp for the Relay Weekend.

When will the team hit Silver? Probably sooner than one things.

Go Sunbeamers! Go Relay!
Posted by Bixyl Shuftan at 6:01 AM