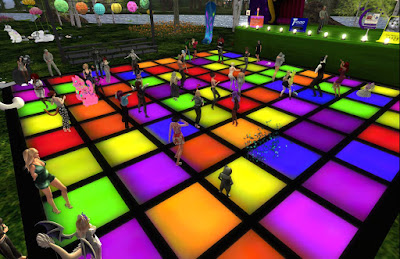 Quite a bit happened this weekend. The Roma community held it's Lupercalia festival. Veterans Isle held it's monthly fundraiser concert for Homes For Our Troops. There were also several Relay fundraising events, including one held by KittyKatS for it's eighth anniversary (above).

We'll have more on one or so of these, and other happenings, later on.
Posted by Bixyl Shuftan at 6:01 AM