Some good news for the Yavascript pod car tours on the mainland. In the pod riders group earlier today, Yavanna Llanfair announced, "I've just had an extremely constructive meeting with Patch, Tommy and Derrick." And would explain more in an attatched notecard. 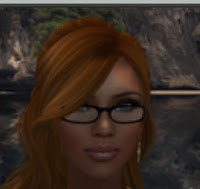 I am very pleased to report that I've just had an extremely constructive meeting with Patch Linden, Derrick Linden and Tommy Linden. Hopefully I won't get suspended for a pod crash again! (It was clearly a mistake). I have therefore removed the server block on the pods.

It's actually better than just that though. We were able to discuss possible future joint ventures, and how they could help me going forward. So I'm very happy about the outcome of all this.

I'm extremely grateful to you all for your support. It's not been an easy time for me lately for reasons I've talked about before, but your good wishes have made me feel so much better.

I'm still going to be mostly keeping out of SL for the moment, but as the winter nights draw in and I feel better in myself I hope to be working on more pod projects.

Patch would also make an announcement in the forums.


I have returned with an update!  😁  We have just met with Yavanna and I am super excited to say that we will be working more closely together going forward on not only helping to support the pod tours system as it currently exists, but also expanding it in to other areas it does not reach today.   I'm sure that as expansions and other fun add-ons unfold, there will be more updates on those as they happen.  For the immediate future, the pod tour system should be returning to normal functionality.
Thanks to all for the feedback! 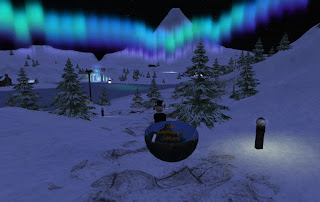 So the pod tours are staying up, and with the blessing of Linden Lab. This is certainly good news to the Pod Rider fans, whom cheered in the group and Discord page when it was announced.

On a follow-up to an earlier article, one of the tours I took earlier that was glitched appears to have been fixed and is in good working order. I also noticed that on the rides I (or rather my alt) got off, the pod would usually soon vanish. Also, the pod stations at Bay City are different than at the other ones I'd seen, with the pods already rezzed and needing a minute to start.

So what's become a popular feature of the mainland is here to stay.