"The Shelter" Closing After 16 Years 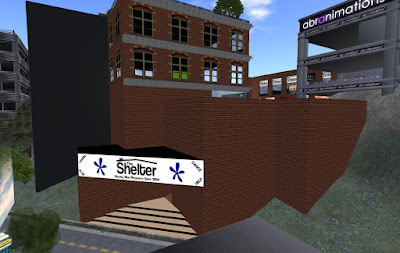 Some sad news for longtime residents. It was announced that the longtime newcomer hangout "The Shelter" was closing. The place has been up since August 1, 2004. The news was posted in the Second Life forums. 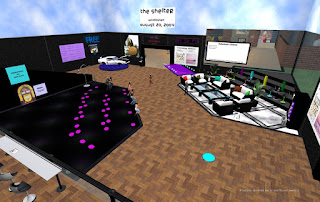 While there was reportedly a group announcement, apparently it's now closed to new entries, so as of now, what the announcement was word by word is unknown. Word has it the location will be preserved by Linden Lab. But it's days as an active newcomer hangout to receive help from any volunteer staff around are over. The last event is a formal dance Sunday August 30 at 7PM.

Xymbers Slade would write about the Shelter in 2011.  The place is at Isabel (25/207/59), though due to glitches teleports may occasionally not go through. So one may need to manually teleport to a nearby location and walk over. The main area of the brick building hasn't changed a great deal over the years, with a dance floor in one corner and a sitting area in the other. There are a few places one can pick up a copy of the rules, which are basically to behave oneself, and get a few helpful hints. There are a few free items, notably a car in the corner. At this time, social events had been scheduled every day of the week. Outside the main area is a mall area with a number of small stores. 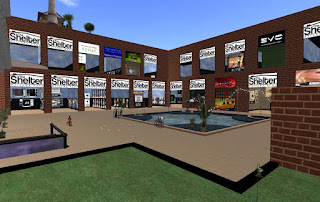 There are a few tunnels and rampways. One ramp led to the top of the building, which had a memorial garden area for a few residents whom had passed away. One winding tunnel went to an outdoor area with a balloon rezzer four tours. There were a few empty side rooms. Curiously, one place next to the Shelter was a banned parcel.

While there are other newcomer areas and groups, notably Caledon Oxbridge University, The Shelter was perhaps the best known. While the reasons for it's closing can only be speculated on, that it will not be around is a sad event.

"Thank you for 16 years of memories and fun."