It's been nineteen years since the deadliest terrorist attack on the US on September 11, 2001. Nineteen hijackers from an Islamofacist terrorist group would seize control of four passenger jet liners to use in suicide missions. Two would be used to hit the New York City World Trade Center towers, the resulting fires soon causing them to collapse. A third would be use to hit and severely damage the Pentagon in Arlington Virginia. The terrorists on the fourth airline were stopped when the passengers tried to take control, and the plane would crash near the small town of Shanksville Pennsylvania. Nearly three thousand Americans and other nationalities were murdered, and the country would never be the same again. 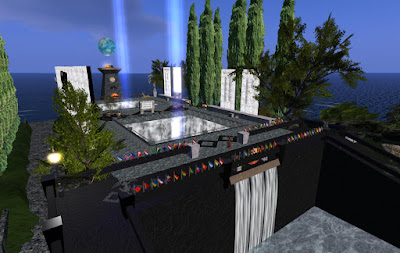 Over the years, there have been a number of memorials to the fallen of that day, probably the most notable in the past being that of Alliez Mysterio over a decade ago, and the Stairclimb Tribute in the Aero Pines sim several years ago. This year, probably the most well-designed is Fazio Stagg's 911 Memorial in the Yellow River sim, formerly the Stagg Island memorial. On white marble panels on either side of the site are carved the names of the fallen. On another side are flags representing a nation that lost at least one person in the attack. In the center of the memorial are two square-shaped holes in the ground with waterfalls, with two beams of light heading up. In the past, the memorial would have tribute events each Sept 11. This year however, it was announced, "We are not having any services this year due to scheduling. ... This is the last year this memorial will be available on Second Life." So it appears unless there's a change in plans, the Stagg Memorial will soon be gone. 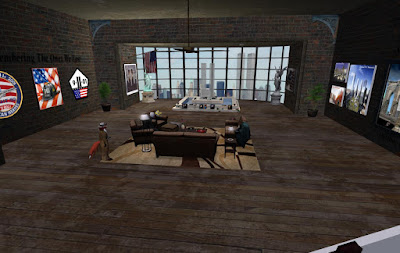 Another memorial is high above the Tenerife sim. Around a central area with seats are pictures of scenes of the attack and the aftermath, as well as memorial pictures and builds. 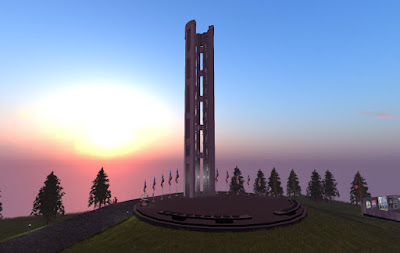 One of the newer memorials is the Flight 93 9/11 Memorial. Made by Paul Woodrunner, it's a 93 foot high tower with 40 wind chimes. Elsewhere in the sim at the Bob Hope Theater at Copperhead Road (64/124/1528), there will be a tribute event at 6PM SL time. On Saturday Sept 12 at the memorial itself will be a live performance by JustinElias Anatara at 4PM SL time, followed by a light show at 5PM. 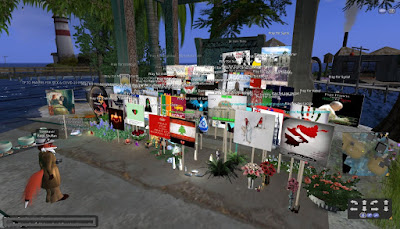 While not exclusive to 9/11, worthy of mention is the "Memorial to Victims of Terrorism Throughout the World." 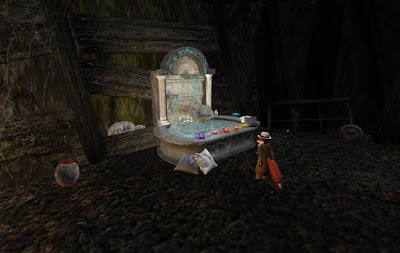 At the Victims of World Terrorism memorial was a teleport to a small memorial to that of another crisis, the Pandemic affecting the world today that has taken over 910,000 lives around the world, almost 200,000 of them from the United stated.

Pray for your loved ones who are ill with coronavirus. Put out a free sign and candle. Pray for health care workers. Place a memorial for those who have died of this pandemic. Places of meditation and healing nearby. May God have mercy on our souls!

The fallen from nineteen years ago, as well as those from today's crisis, are remembered.