"Introducing the Second Life Endowment for the Arts" 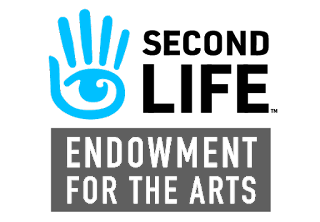 ... the new SLEA is a multi-region experience that aims to provide opportunities to further fuel interest in and spotlight the work of both established and emerging artists in Second Life.

It is hoped that the creations and art featured in SLEA will help draw attention to the overall arts community in Second Life including driving both traffic and awareness to many of the established artists and exhibits found across Second Life. In addition, SLEA would like to reach out to new residents of SL and help them to discover the arts in SL and all the creative tools that are offered so that a new generation of creativity will unfold. 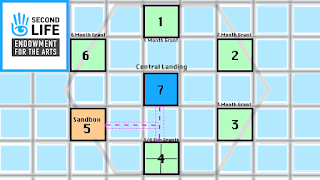 The regions are scheduled to open sometime in January 2021. Linden Lab stated they were doing the SLEA "in partnership" with Tansee and Hannington Xeltentat. Tansee was a member of the LEA, and after the announcement it was closing in July 2019, she was part of an effort to save it. She would soon get together with Hannington, and they would come up with the Hannington Endowment For The Arts in November. Brett would state, "That initiative, which has drawn the interest, respect and participation of many artists in SL, proved the concept and the demand from the arts community in Second Life. SLEA promises even more access to engaging events, exhibitions and experiences in the arts for the Second Life community. It is anticipated that the HEA will continue as a separate entity for those who wish to participate in its activities " 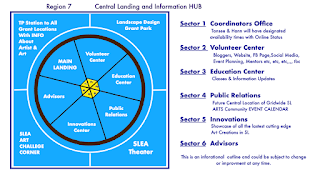 Of how interested artists can take part, Brett stated, "Specific details of how the community can get involved in SLEA will be revealed in the near future. Keep an eye out for the application where artists and creators can apply for consideration for use of full or partial regions at SLEA." He would add there was a "new SLEA group inworld" that they could join. For those wanting to learn still more, he stated that there would be an interview with he, Patch Linden, Tansee and Hannington on "a special episode of 'Designing Worlds' " next week. 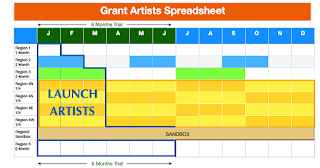 Brett would add the following on the bottom:

Linden Lab and the SLEA wish to express our deep gratitude to all in the community who have supported and promoted the arts in Second Life over the years. In particular, we want to express thanks to the many volunteers who contributed to the original Linden Endowment for the Arts during its almost decade-long run from 2010-2019. We are grateful for your ongoing passion and support -- and we can’t wait to see what the new year brings with SLEA in 2021.