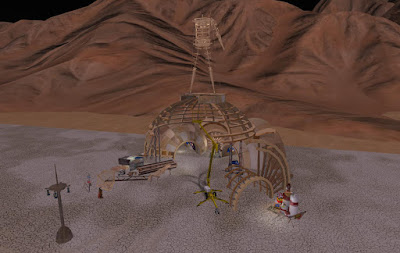 For about a week, "Burning Man - The Multiverse" took place in several virtual worlds. This included here in Second Life at the "Burning Man- Deep Hole" sim. But the festival is coming to a close. Over the weekend was the burning of "The Man" and other events with large attendance. But today, Monday September 7, is the final day. 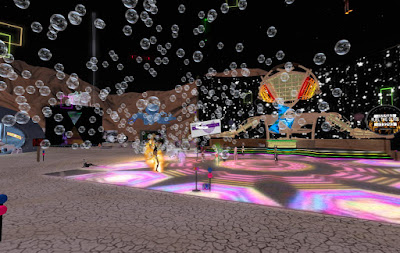 Talking to iSkye Silverweb, she told me that there were a number of people who showed up for the festival whom hadn't been to Second Life in many years. With the event in Black Rock Nevada being called off, they headed here. She expected some to remain a little while. 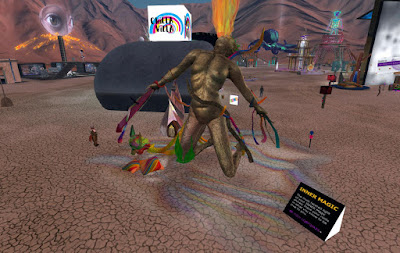 This will also be the last day to see the various exhibits. iSkye explained that everything has to be cleared out by 12:01 AM early Tuesday morning, following the "leave no trace" principle. So if you haven't been by yet, hurry on over. For those missing the festival already, don't despair. The Burn 2 event is just five weeks away.