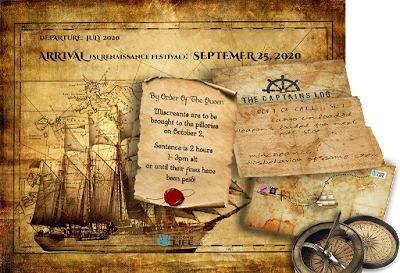 An update on the Linden arrival to the SL Renaissance Festival has been received and henceforth delivered.

Reports have reached the Queen that during their voyage several Lindens misbehaved during a port call.

Punishment has been determined:
By Order Of The Queen:
Miscreants are to be brought to the pillories on October 2.
Sentence is 2 hours  1 - 3pm slt  or until their fines are paid!

https://slrenaissancefestival.com/lindens-being-sent-to-the-pillory/
Posted by Bixyl Shuftan at 6:02 AM