Linden Endowment of the Arts Set to Close August 31 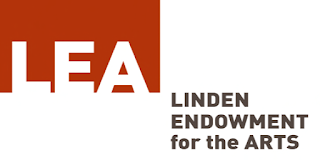 In what can only be described as a stunning development for artists and supporters of the arts in Second Life, the Linden Endowment for the Arts is set to close down on the last day of August.

The Committee of the Linden Endowment for the Arts regrets to inform residents of Second Life that the LEA regions will be closing at the end of August 2019.

In November 2018, the Committee decided that the best way forward was for the members to step down, and allow Linden Lab to revamp or re-organise the program, with new members if they wished. At that time, the bi-annual Land Grant (the AIR regions) were shuttered. A small number of the Committee stayed on to administer the Core regions until the remaining grant commitments ran their course.  Those grants are now coming to an end, and therefore the LEA will be closed at the end of August 2019

The Linden Endowment for the Arts (LEA) was established to help create a center of arts activity in Second Life. It was founded in 2010 and launched its first events in 2011. For the last eight years, it has been a collaborative venture between Linden Lab and the arts community. Guided initially by a board of renowned Second Life artists and more latterly also bringing in people with a strong interest in promoting the Arts in Second Life, the LEA has been committed to providing access to engaging experiences in the arts for the Second Life community. Over the last eight years, through its exhibitions, programs, and events, the LEA has fostered awareness of artists’ contributions to our virtual world and encouraged others to get involved and be inspired.

It has long been divided into two parts; The Core Regions and the Artists in Resident Regions.

The LEA Land Grant (the AIR Regions) was a program to distribute 20 regions (LEA10 - LEA29) generously donated by Linden Lab. These regions were used to promote art and artistic endeavors in Second Life. Full regions of virtual land were made available to in-world artists through an application process. The AiR Land Grant was a 6 month grant.

The LEA Land Grant was shuttered by Linden Lab in January 2019 at the request of the LEA Committee, pending decisions on the future of the LEA.

This program will be closing at the end of August when all the regions will be shuttered by Linden Lab at the request of the Committee.

The Committee wishes to express its gratitude and deep respect for the artists of Second Life, whose work they have been privileged to support over the last eight years. We hope that in time Linden Lab will be able to create a new program that will continue their support of the arts in Second Life.

Any questions concerning the Linden Endowment for the Arts should be addressed to PatriciaAnne Daviau or JMB Balogh.


Until recently, there were many more LEA sims. But in November 2018, it was announced 19 of the 29 then were closing down as part of "restructuring" of the LEA.

Saffia Widdershins invited me to talk to her for a few minutes. She stated Linden Lab had nothing to do with the LEA closing down. If anything, they wanted it to keep going. But the LEA Committee "were pretty much burned out." After inviting a number of people to join the Committee, and being refused, they had decided to step down so a fresh start could take place.

Saffia told me this wasn't necessarily the end of the LEA. It could still be saved in some form, "But the initiative needs to come from the arts community. They need to pull together and create a workable proposal (or several proposals) for the Lab."

Inara Pey had a number of things to say on her blog, "As was pointed out to me after I wrote the article on the 2018 restructuring announcement, running any organisation like the LEA is going to be a thankless task; there is no remuneration for time given, there is always going to be hostility over actions taken and the grants awarded, and so on; it really can be a thankless task. ...

"However, there can be no doubting then when all is said and done, the LEA did a tremendous amount of good for the artists who participated in its programmes, offering many the means to express themselves and reach audiences in a manner that might never otherwise been able to achieve.

"While the LEA many have had its warts and at times had to face undue criticism, it has through its nine years of existence been a force for good for those arts who have been able to make use of its facilities and it has certainly helped enriched art within Second Life and allow many to appreciate work and installations they might otherwise never get to see. So, it’s not unfair to say its passing will be missed."

So will the LEA be saved, or will this chapter of the history of the arts in Second Life come to a close? Stay tuned for more details.