Eye On The Blog: "Information About Privacy and Security in Tilia" 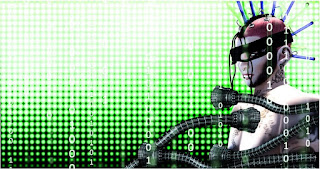 A large number of you attended the Tilia Town Hall  last week. Aside from the many questions you had about how Tilia affects Second Life L$ and monetary activity, privacy was a common concern. Grumpity asked if I would answer a few of the questions about Tilia privacy and security which surfaced in the town hall and in our forums.

There were four sample questions and four lengthy answers.


Where did the Tilia team come from? And why should I trust Tilia with my personal information?

Soft answered, "The Tilia team is made up of people you previously knew as Linden Lab employees." He called the team "passionate about privacy and security," and that many had alts in Second Life and knew many of the residents there. They also promised, "the information you store with Tilia is never provided to third parties for purposes such as marketing, " and We won’t even provide that information to the US government unless we are compelled to do so through a legal process such as a subpoena or a search warrant."
Does Tilia change how my information is secured?

In short, yes. Soft stated, "Figuratively speaking, we locked the old vault inside a bigger, stronger vault." Of the 'new vault,' it "uses modern algorithms to encrypt sensitive information in a way that would require both enormous computing power and an enormous amount of memory for an attacker to crack… if they could even get a copy of the encrypted data. These algorithms are specifically tuned to defeat expensive decryption acceleration hardware." Their existing encryption technology was called "industry standard at the time."

It sounds like a lot has changed at once. Aren’t large changes risky?

Soft answered, "Tilia was designed with security and privacy as its primary considerations." They had people, "some of our key privacy and security practices and procedures," and that they pay a security company to attempt to hack into their servers to test the m.

What does Tilia mean for Second Life privacy and security in the future?

"We have many plans for Tilia," Soft stated. They are in the process of moving "additional forms of information ... Now that we have a new privacy and security foundation, we can extend the amount of information that enjoys this level of protection. If it pertains to your real life identity, we believe in leveraging Tilia protection wherever possible." It also mentioned their goals were ensuring, "compliance with upcoming privacy and security regulations."

To check the blogpost in it's entirely, Click Here.