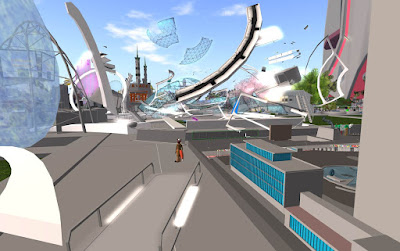 When making plans to see exhibits at a Second Life Birthday event (or camps at a Relay Weekend one), it's advisable not to wait until the last day the builds are supposed to be up as a few will take them down a day early, either due to being busy all day in real life or thinking it's a day or two before it really is. And with the Second Life Sixteenth Birthday sims scheduled to be open to Monday July 8, it was presumed most of the builds would still be around then. But for whatever reason, the Lindens made the decision to take down the sims on Monday instead of Tuesday 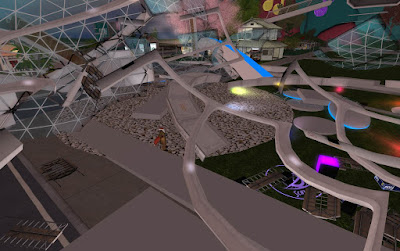 It's that time of the party. The gifts are all open. The cake has been cut. People are starting to look at their watches. Everything is over but the clean up.

It's been a great celebration! We are so glad all of you were a part of it! Now it's time to grab your no copy items and blow up/tear down your exhibits. The regions will disappear some time on Monday, July 8. 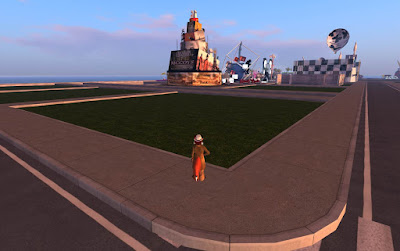 So there were exhibitors rushing to take down their builds, or in the case of the Sci-Fi Convention group, blowing theirs up. And there were people rushing to try to find those they hadn't seen yet, or look at a favorite one more time.

It's unclear what time the sims will be closed to the public, if they haven't been already.