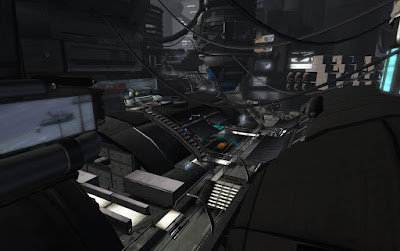 Some sad news for fans of sci-fi themed sims. According to New World Notes, the "Hangars Liquides" sims will be closing at the end of the month.

The area, now consisting of five sims of tall buildings high in the sky with a gritty, run-down theme, what owner and creator Djehan Kidd called "Cyberpunk City, Technopunk, Dystopian Noir," has been in Second Life since 2007. In 2014, it was featured in a video in The Guardian. But unfortunately, a change in the Terms of Service mean that as a nonprofit, the sim can't rent spaces to help pay for it's upkeep. “As a cultural nonprofit organization,” Djehan explained to Hamlet Au, “Second Life has become unsustainable for me. Several months ago, I was told that the new Terms of Service for nonprofits did not permit us to offer rentals anymore; as a result, the city couldn't pay for itself any more.” 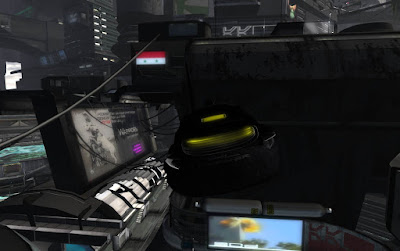 According to Hamlet, Djehan has been in contact with Linden Lab, and there is talk about making Hangars Liquides an exception to their new rules. But as of now, there's nothing agreed upon. Unless something changes, the city will close at the end of the month.