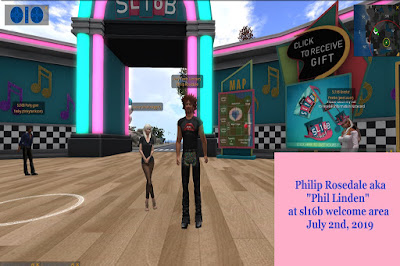 Nance Clowes sent in this screenshot of Philip Rosedale himself, formerly Philip Linden, the founder of Linden Lab, dropping in on the Second Life Birthday yesterday. The avatar was created on March 29 2013, quite some time after he stepped down as CEO. ""I just thanked him for making the thing that has enriched the lives of 10s of 1000s of people so much," Nance told me.
Posted by Bixyl Shuftan at 6:05 AM