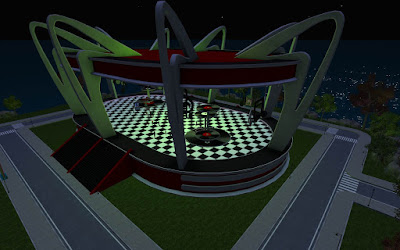 The evening of June 30 would see the last of the official events at the SL16B. The Festival stage would have it's final show from 9 to 10 PM. For the Spin Master stage, they would go on for a couple more hours. 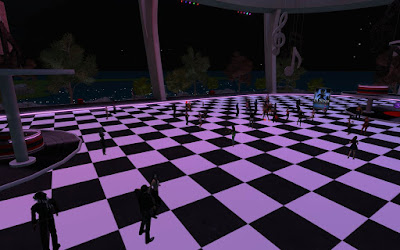 The final DJ event was by DJ NinjaClaus from 10PM to a bit past Midnight. I saw about 53 avatars on the map. 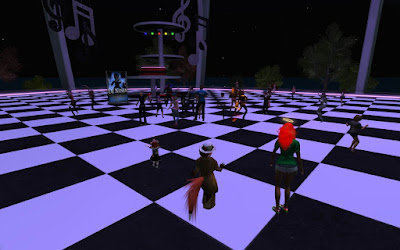 While this is the end of the scheduled music events, it's not the end of the Second Life Birthday. The sims will still be up until July 8, For some whose computers are more affected by lag, this will be the time to enjoy the exhibits the most as they won't be slowed down by the crowds at the stages. At least not so much. It seems there are plans for at least two more goodbye parties, and there could be some impromptu ones as a DJ takes the stage and invites anyone there at the time to come on over.

Stay tuned for more stories about the exhibits, and last week's "Meet the Lindens."