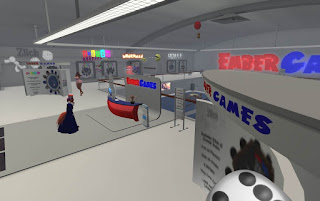 While Second Life itself may not be a "game," even though it gets called one a lot out of simplicity, one can play games on it. One company behind one or more you may have played is Ember Games. Jez Ember, the owner of the company, has several games to his name. Some of these are clearly based off of real-life counterparts such as "U-Know" (Uno), "Munchman" (Pac Man), "Clued-Up" (Clue) and more.

Makers of great card, board and action games.  Check out our life sized Munchman game; our popular dice game Zilch; Sparkle, our gem puzzle; our detective board game Clued Up; and U-Know, the best uno card game in SL!

If anyone is interested in getting one of these games, or getting one for a friend, hurry up, as it was recently announced the place would soon be closing. As a parting gift, all the games had been marked down to one Linden dollar. 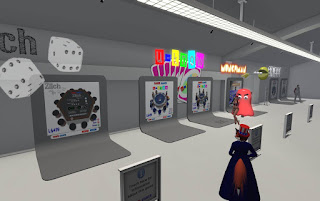 For those who don't know yet, Ember is closing. All boardgames cost  1 L$, which you will get right back, so it's FREE. Games like Ziilch, Uno, Skippy , Sparkle and more..

Checking by the place, the games indeed cost just one linden to get. Not only could you get one for yourself, but you could get one for a friend.

It is unclear how much longer the store will remain open, so hurry.