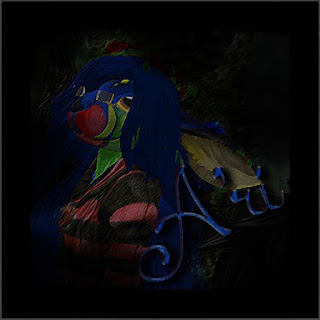 It is a great sorrow to make this announcement but there will be no story stream tonight. Lacy Musketeer, from Rocket City and Nisa/Dreaming Twilight has passed away very suddenly from what they believe was a heart attack this morning.

In her profile, Lacy described herself as: 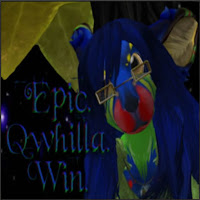 1. A mom. A real female. With a real kid.
2. A science brain. Science is my big intellectual turn on.
3. An artist. Nuff sed.
4. Taken. Spoken for. Not available for romance.
5.Nursing a rather unhealthy obsession with Q and Z.

My world is amazing and wondrous, as well as frustrating/maddening/trying: from my day job to my endeavours in SL, creating nice things as I can, from graphic design to drawing, from discussions on physics to quiet nights under the stars; each day is new, each day is different, each day is fascinating in its own way. Thank *you* for being part of it.

Lacy is survived by her child, and her real-life/Second Life partner of nine years, Crim Mip. Crim is known in the Sunweaver area as a DJ.

Following the announcements of her passing, a number of her friends gathered at Dreaming Twilight in Ontario (219/213/57). People talked about how they missed her, and how they could best honor her memory.

Addition 2 :  Over a year after this was published, the Newser was messaged by someone, stating he was Lacy's real-life husband. Talking to someone close to Lacy, she stated the two were married in the past and he was the father of her son, but the marriage had ended years ago.