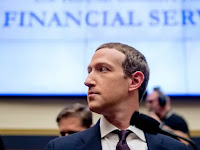 The leak was revealed a few days ago on April 3 by chief technology officer Alon Gal of Hudson Rock, a cybercrime intelligence group. It was posted online on a hacking forum by someone, and "available to anyone with rudimentary data skills." Gal would post his findings on Twitter, "I have yet to see Facebook acknowledging this absolute negligence of your data." 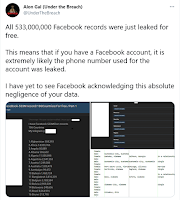 Facebook responded that the reported data was the same as that of a 2019 data leak, "We found and fixed this issue in August 2019." But as many people continue to use the same phone numbers and email addresses, the data could still potentially be useful for scammers and other online schemes.

The leak is being investigated by Ireland's Data Protection Commission, which stated they will work with Facebook to make sure it's claim is true. Joe Tidy of BBC News commented, "The database has likely changed criminal hands many times before now being offered for free."