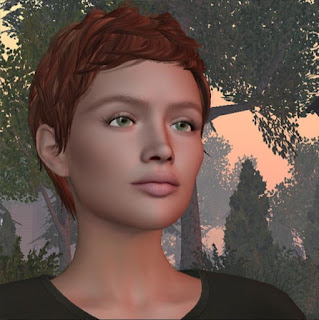 There was some sad news yesterday. It was announced that Robin Sojourner (Robin Wood) had died after a long illness from cancer. Marianne McCann first gave the news in the Livingtree Island group.

Robin (Sojourner) Wood passed away after an extended struggle with cancer (phyllodes tumors).

Livingtree Island and her stores will remain open for some time. I will continue to help manage this on her behalf, per her final wishes.

I will provide more information when I can.

In her over sixteen years here since coming to Second Life in September 16 2004, Robin was busy in Second Life. She was a content creator, and her products can still be found in her store (https://marketplace.secondlife.com/stores/1021). But she was more than that. She contributed to the Ivory Tower the Texture Tutorial, helping residents to quickly learn how to build at their own pace. She was also an instructor at the Builder's Brewery for years, "Her writings on many topics include texturing hollow prims, how to make clothing, stained glass, and how to work with materials and Alpha channels on Textures." She would also set up the Wiccan Learning Center. In March 2018, she was listed as part of the "Ten Women Who Made a Difference" exhibit in the CDS.

On the ACS channel in Discord, others would talk about her, "Robin was a well-known force for good and kindness within Second Life and her real life. In SL she built a safe space for all avatars, big and small, and created incredibly useful tools that countless residents use to this day. I don't think there's a single negative thing to be said about the woman. She will be deeply missed." "I knew her through her Tarot Deck in RL, decades ago. I found her in SL about 5 years ago. She had such a a calm spirit. ... Another light has left the worlds. ... and may she have peace and the causes of peace." "She ... had her own Relay Team for years! Robin was a dear soul and will be missed."

Addition: Robin also had a blog, with the last entry made by a family member: http://robinwood.com/blog/ .