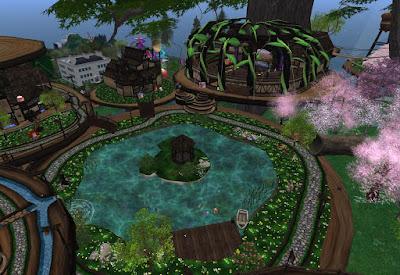 Over the years, the community has remained a unique one in Second Life. It's not just for the small stature of it's residents, but also for it's events, such as it's annual Art Walk, the creativity of many of it's residents, it's squeaky-clean image, and it's friendly reputation.