Cartoon of The Day: Why The Cow 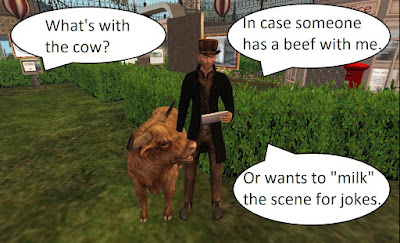 Taken at the BBB Exhibit at the SL19B. Gary Larson of "The Far Side" would write that he probably had so many cartoons involving cows because there seemed to be something intrinsically funny about them. And certain expressions of ours just add to it. I guess if you're looking for comedy gold, sometimes it's better instead of shooting for the moon to jump over it.