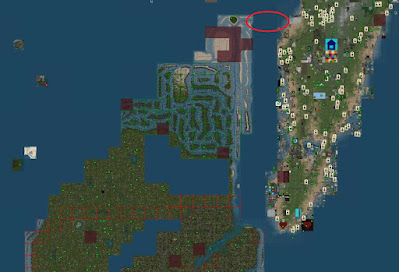 With the Second Life Birthday behind them, the Moles have gone back to working on new Linden homes on the land of Bellisseria. Among them are a number of sims just west of the southern tip of the continent of Satori. The bulk of these sims look like they're designated to hold houseboats, though the sandy area on the very northern tip are for something else and there's an empty space that for now doesn't have any sims.
But there's a little something that makes this expansion different, especially if you like boating. Two all-water sims, SSPSteady On and SSPDeep Anchor, connect these sims, and the rest of Bellisseria, to the older mainland continent. 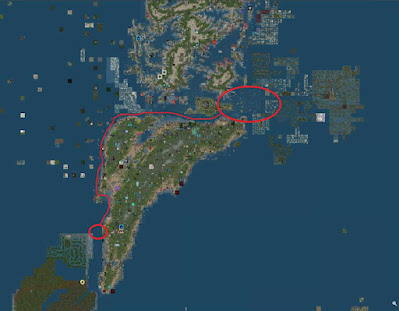 While there was a connection several sims to the south a year ago, the way the sims were built didn't allow for boat travel further up the coast, even if ban lines weren't a problem. With this new waterway, this time boating can be done up the Satori coast, and go east to a favorite area of sailing fans: The Blake Sea. 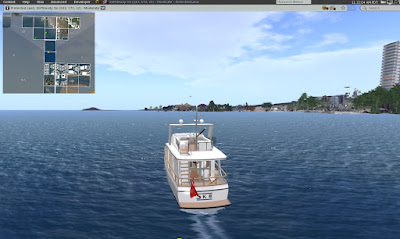 While someone else was the first to tell the Newser about the connection, SarahKB7 Koskinen would later do so to announce an accomplishment, being the first to document sailing from Bellisseria to the Blake sea (image from Sarah).
A little something that weekend sailors and serious boaters will enjoy.
Bixyl Shuftan
Posted by Bixyl Shuftan at 6:01 AM