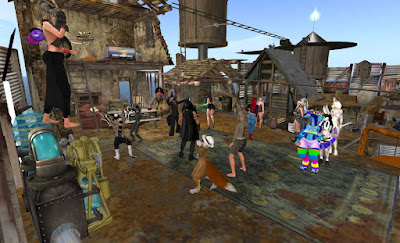 While there were a number of events this weekend, a few stood out. One was the "Waterworld" event at the Burn ONe area in Highup. A tribute to the 1995 movie with Kevin Costner, the main feature was a build based on the floating town in the film, From Friday at 1 to Midnight on Sunday, there were musical performances, such as DJ Grease, and each night showings of the movie. 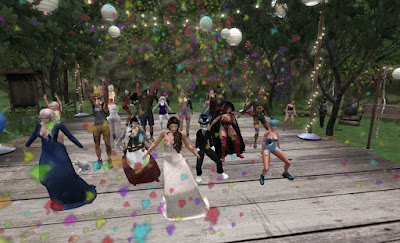 Also taking place was the NatureCon. It actually started on Thursday, but continued over the weekend and is still going on.
Also going on were tributes to the late Ktahdn Vesuvino, who passed away last week. If you missed any, there is still at least one that has yet to take place.
Bixyl Shuftan
Posted by Bixyl Shuftan at 6:02 AM