The Madpea Live-Aid for Japan 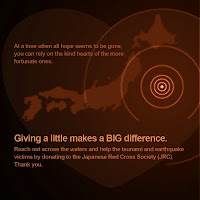 Last weekend, the noted gaming area in Second Life, Madpea, hosted a “Live-Aid” music event to raise money for Japan. For three days at the Hoshi Island sim, dozens of musicians sang for the crowd that gathered. The money raised went straight to the Japanese Red Cross.


... at 6am SLT ... the MadPea Live Aid fundraiser starts for the Japan disaster. Please show your support for this tragedy and stop at Hoshi Island Stage during the weekend. There will be 65 hrs of non stop live performers!!! This is a must see event!!! The full schedule is attached with a LM to Hoshi Island Stage. Thank You!!!

Despite the starting date of April 1, there was no April Fool Prank played (at least that SL Newser is aware of), though there was one example of chuckles when Hamlet Au showed up in an avatar much different from his normal one. There was also a gridwide Hunt announced, the Dark Room hunt, plus the Take of Kalevala.

“Live-Aid” is not the end for Madpea’s fundraising. The Passionate Redheads recently announced that Madpea would be helping to sponsor Relay for Life