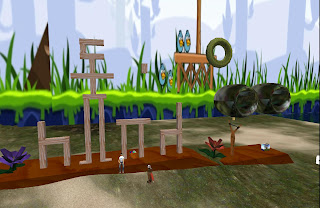 Some of you have heard about "Angry Birds," the highly successful game for handheld devices, that later were available on computers as well. Apparently, Chantal Harvey took it a step further, bringing it to SL.

With the help of a few friends, she made a funny little SL Machinima based on the game: SLAngry Birds. The set itself was made by Maxamillian Merlin, with a free bird av nearby provided by Madcow Cosmos. The Homestead Sim belongs to Chantal of course. When everyone got together for the machinima, the result was hilarity. 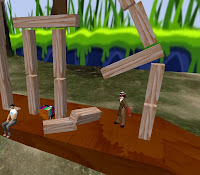 Chantal left the SLAngry Birds build up for anyone who wanted to play with it. She says people drop by "all the time" to give it a try. Find the explosive teddy bear, sit in the catapult, and then launch yourself for a blast.

Posted by Bixyl Shuftan at 9:00 PM