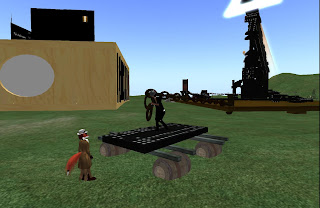 The official statement read, "Since 2006, IBM has maintained a presence in Second Life which has included the venerable IBM 6 sandbox, a home and training ground for some of the grids most talented builders, both IBMers and non IBMers. Through the operation of these servers, IBM has recognized that community building and social content creation are a key part of the value of virtual worlds. With regret we will be closing the IBM Exhibition Space and Sandbox on May 1st, 2011.

"We have had an excellent run and are incredibly proud to have been able to bring you several years of some of the best sim-scale artworks the grid has to offer. The artists we have hosted have gone on to win government grants, brought thousands of visitors to Second Life and helped to raise the profile of virtual artwork for everyone. We wish all of our alumni and visitors continued success in all the endeavors." 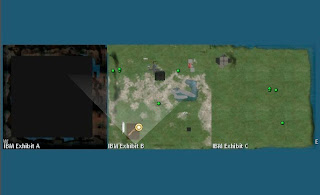 Hamlet Au stated IBM used to be a much larger sponsor of Second Life than it is today, once hosting dozens of sims. Most were part of a large virtual campus that in 2007 made the news from a virtual labor protest. But the campus was closed without any announcement sometime in early 2010. As of now, IBM now holds less than 20 sims, not all of which are open to the public.

Hamlet Au speculated Bryn Oh's builds, both artistically well designed and getting much praise and attention from residents on the Grid, were the reason the three exhibition sims lasted for as long as they have. Now, the artists will need another sponsor to house their works.

Source: New World Notes
Posted by Bixyl Shuftan at 6:00 AM