The Return of "There?" 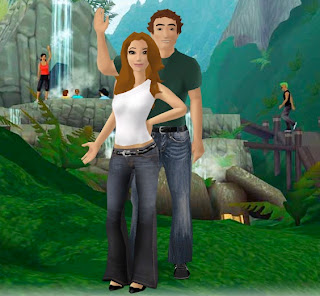 Longtime users of virtual worlds may remember “There.” Founded about the same time as Second Life, it didn’t do quite as well despite promoting itself as family friendly and full of games. In March 2010, “There” closed down citing lack of funds due to the lasting recession. A year later, the company behind it Makena Technologies is considering relaunching the virtual world as “There2.” On the website, one can find a link to a survey.


This is just a survey to see if there's enough interest, financially, to re-open what we're calling for now, "There2". ... "There2" would be a PAID service. There would be monthly charge for everyone, except people with lifetime beta accounts. ... "There2" must be an 18+ site. One of the biggest expenses was supporting a PG-13 environment. This does not mean we would allow pornography, hate speeches, or copyrighted materials-- we just won't be responsible for people under 18 using the service.


Makena CEO Michael Wilson published the survey results on his blog “I Am So There,” and about 80% of the 2400 who answered were willing to pay at least $10 a month to be able to get to There2. He also answered a few questions. Asked about avatars with corporate brands on them, they would come back as ordinary as the sponsorships were gone.

It should be mentioned that Second Life began without the option of free accounts, those coming about later when the Lindens wanted to expand their population. And of course it was officially adults only until a few months ago. It’s interesting that returning as “There2,” the virtual world is making a big departure from it's days as being teen-friendly, and going to policies Second Life put aside.