Residents going about Second Life on Saturday night and early Sunday morning found things weren't quite right. Objects wouldn't rezz. Notecards couldn't be made. And some objects when clicked wouldn't work. Furthermore, residents trying to log on were often blocked from doing so. As it turned out, Linden Lab was performing "unscheduled maintenance" on the Grid, as shown by the Grid Status Report. 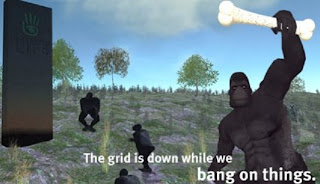 [Posted 7:35pm PDT, November 3, 2012] We are currently performing an unscheduled inventory server maintenance. During this time, some residents may be logged off and will temporarily be unable to log in for a brief period. This maintenance may also disrupt transactions and logins. Please check back here for updates.

[Posted 11:58pm PDT, 03 November 2012]We are currently undergoing unscheduled maintenance to Second Life. This may cause some Residents to be logged out, or prevent some from being able to log inworld, or even into Secondlife. com Please keep an eye on this blog for updates.

It wasn't until 9AM SL time (12 Noon EST) That the Grid Status Report declared everything had been fixed. Among the events disrupted was the Burn2 Temple Burn, of which the "Australian/Pacific Burn" scheduled at 4AM SL time had been rescheduled for Monday. In the meantime, residents found other places to go to, such as World of Warcraft, Minecraft, or funning around on the SL Universe forums.

It should also be noted that some residents from the area hit by Hurricane Sandy, aka the "Frankenstorm," are still unable to get on Second Life normally due to evacuation, or unreliable power.