Shockwave: To Dox or Not?

Besides Second Life Newser, Shockwave Yareach who makes his home in the Sunweaver Estates neighboring our office building, reads and comments on other newsletters, including Hamlet Au's "New World Notes." One post on Hamlet bringing up the question on the ethics of exposing an anonymous Internet user, or "doxing" as it's called in Internet jargon, impressed the former imbedded reporter of Linden Lab so much, he made it an article in it's own right. 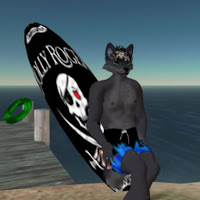 "In my humble opinion, the only justification for doxxing (I'm used to calling it outing, but I guess that was a different era) is to a) prevent a suicide, murder or other heinous bodily crime, and b) expose real life child molesters/rapists to the authorities.

"This is the only time I'll cross that line -- to save lives. If someone is bragging about stealing a car, how do I know he isn't talking about playing Grand Theft Auto? But someone has pics of naked children in their SL home, yeah, I'll call the cops and tell them anything I know.

"The difficulty comes in knowing whether or not someone is honestly suicidal or not. You have to actually know the person well to make this judgement call. Likewise with the question of murder -- I'm sure my wife has said she's gonna kill me when I get home countless times. That's not enough to summon the long arm of the law. Someone talking about X or Y property crime may just be talking about some game they play, just like someone overhearing you talking about AD&D game and the woman you slowly slaughtered with a glaive to get the information you needed ("Hello? Police? Listen, there's a couple of nerds talking about mutilating some poor girl...")

"I won't out people just because they are talking smack about some property crime. But, if I believe them when they talk about a rape or murder or suicide or other bodily crime, that's when I have to make the harsh decision. I've had to make the call a handful of times: a few, the police got there in time. One, the guy wasn't really suicidal and didn't appreciate the police hassling him."

"And one time, I didn't make the call because I didn't believe Hitz was really suicidal -- I was wrong."

Shockwave's better known among his fellow Sunnies as an entertainer, theater owner, DJ, and song parody composer, and a content creator, known for builds such as the "Alien Egg Hunt" that appears every Easter. He has commented before on serious issues, notably when he wondered if Linden Lab's decision to let teens on the Grid might get them in serious trouble.
Posted by Bixyl Shuftan at 6:00 AM