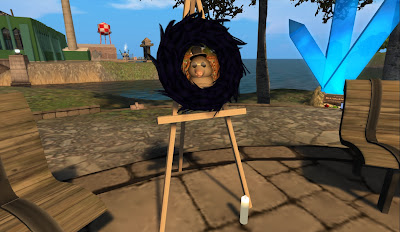 Daniel Voyager reported on his blog that Second Life resident Hyper Mole had passed away from cancer. The news was announced by Marianne McCann.  Hyper was  a builder noted for her projects in Bay City and various "road projects" across the Grid.

Hyper Mole first logged in Second Life on May 22, 2010, and was a member of the Bay City Alliance and Linden Department of Public Works groups.

A memorial wreath was set up for Hyper at the Bay City Community Center at Daley Bay (232, 65, 24). More pictures of Hyper Mole can be found Here.