A few days ago on the SL Universe forums, Oskar Linden posted that he had been fired by Linden Lab. Rumors had been going around for a couple days in SLU before Oskar finally responded. 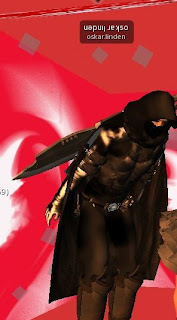 To solidify all rumors, yes my employment was terminated by Linden Lab last Friday. It was a surprise Skype call with the manager of my department and HR. At the same moment all my accounts were locked and I was told a courier was on the way to my house to take my laptop. This is standard operating procedure at the Lab. The reasons given were quite vague, but at the root of it was complaints from a griefer who I had banned from a private testing sandbox that I managed after he was harassing people and threatening to crash them and the region.

I was also told that there were issues with my communications. I don't understand that because I have operated in the role of public communicator for the lab for three years and have always had stellar reviews. It's not like the reasons really matter anyway. When the Lab wants you gone it's over.

To be quite honest this has all come as a surprise and a shock. I have known for a while that this would happen eventually though. All Lindens fear 'the skype call'. The old Linden culture is long gone. Many Lindens are disappeared in that way when the Lab no longer has use for them. It has been difficult working through the changes at the Lab the past few years. I could have left, perhaps I should have left on my own. I would have been better off. I did not choose to do so because I was dedicated to the wonderful residents I have met during my 4 years working on SL. I was committed to all of you and committed to making Second Life and Linden Lab a better place. I felt I was fighting the good fight and didn't want to just run away. I felt that I was making a difference. I hope that I did.

I have no idea what is next for me. I have varied passions that I will follow until I feel the need to pursue further employment.

I have nothing disparaging to say about Linden Lab, in fact I am not legally allowed to because of the wording of my separation agreement. :-) 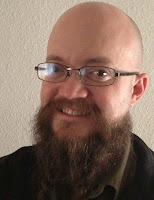 Linden Lab is cotton candy and kittens, unicorns and rainbows.

I greatly appreciate all of you who friended me and were so passionate about helping me make Second Life a better place. Your enthusiasm to help find bugs greatly helped the quality of the server code. You are all amazing. You are Second Life, not Linden Lab. Never forget that. I love you all and will miss working with you greatly!

In his profile, Oskar stated he was he Technical  Lead and QA engineer.

Someone in the SL Universe forums thought that last weekend's Grid glitch happened after he left was no coincidence, "Oskar leaves LL and SL breaks for 7 hours, does that say anything?"  Daniel Voyager commented that questions about his sudden leaving will probably be around for weeks. " I think many appreciated Oskar Linden’s work and SL/LL communications over the years. Oskar Linden ... will be missed deeply by the SL community. I wish him all the best for the future!"