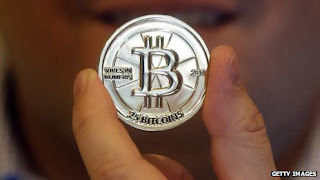 A few days ago, a US Senate committee held a hearing about Bitcoin, the noted virtual currency. The meeting was held following the closing of the Silk Road Website due to illegal activity in which users were required to pay with Bitcoins, and 3.6 million dollars worth of the money were confiscated through encryption keys found in confiscated computer equipment. Various representatives, as well as submitted reports were heard. Among the opening remarks was one by committee chair Senator Thomas Carper, "Virtual currencies, perhaps most notably Bitcoin, have captured the imagination of some, struck fear among others, and confused the heck out of the rest of us."

Among the reports heard by the committee was a letter released by the FBI, which stated that they recognized virtual currency as offering "legitimate financial services." The value of Bitcoin, which had plummeted to about $110 US dollars following the Silk Road closure and recovered to $200 by late October, quickly soared to $900, then dropping to just over $700. While it was agreed the rise was driven by speculation, the endorsement of the currency was also seen as a factor, "regulatory interest in Bitcon … traditionally has a positive effect on the price."

While the virtual currency has been turning a few heads, not everyone is impressed. Currently, there are only just over 70,000 transactions using Bitcoin a day. While more than the 47,000 per day in June 2012, and 64,000 in April 2013, as Hamlet Au of New World Notes put it, "There are probably more people using Linden dollars in Second Life then there are people using Bitcoin in the entire world." And this is "years after the hype wave over Second Life has long since died down" while Bitcoin is still clearly in it's.

It was the US government taking an interest in virtual currency that some feel was one of the reasons for Linden Lab suddenly banning third party Linden exchange services in May, a decision that was reversed weeks later. The Podex Exchange allows Second Life residents to purchase Lindens with Bitcoin.