Scenes from Steelhead's "Day of the Dead" Party 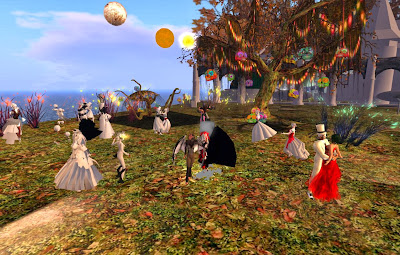 On Friday November 1st, Steelhead's Friday night dance took on a spooky theme. It was Halloween with a south of the border twist. It was their "Day of the Dead" (Dio los Muertos) party. 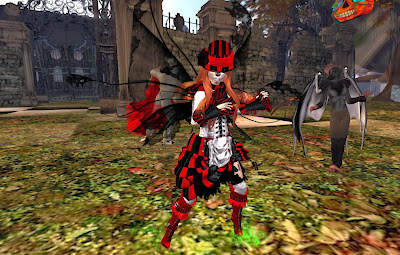 "Day of the Dead" events are a little different from your run of the mill Halloween party as most of the costumes have something to do with the dead, such as skulls and bones painted on the skin. And this being Second Life, a few appeared as bones. Most of the outfits were in black, red, and white. A few leftover Halloweeners were there, such as the vampire bat who popped into Steelhead a few days earlier. 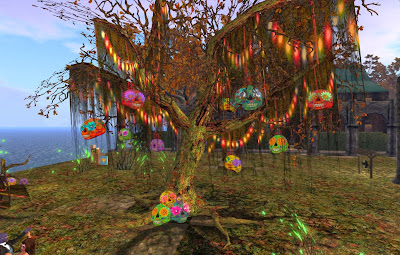 The nearby trees were decorated for the event, with fancy skull decor. 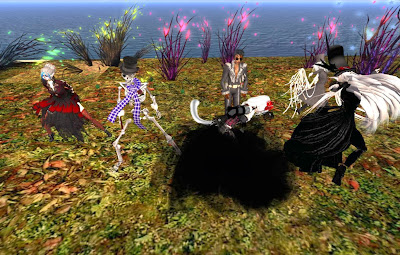 I arrived a little late for the event, so unsure if they played "Move Dem Bones" and "Not Dead Yet," though knowing Steelhead parties they probably did.

Steelhead holds dances every Friday night, usually with a theme, such as the holiday the event took place on.