It has been quite some time since Linden Lab introduced mesh graphics to Second Life. While they have been used to good effect in making realistic-looking and detailed items, unfortunately the clothes made with mesh sometimes fit avatars poorly. If someone wanted to wear such an outfit, they would have to "diet" by making the avatar conform to it's limited specifications. And to quite a number, this was a compromise to their virtual experience they felt they shouldn't have to make, "I came here to look how I want, not how something else wants me to look." 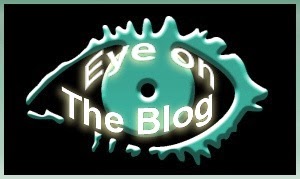 So a solution was sought. Qarl Fizz, the former Qarl Linden, soon developed a "Mesh deformer" which made outfits made with the graphics to conform to an avatar's shape. While others expressed interest, Linden Lab never did. When Qarl announced his departure from being involved with Second Life, he also mentioned no one with the Lab had bothered to comment or answer one of his emails about it.

About a month later, Linden Lab announced it's own solution to the mesh clothing problem in the official blog, "Making Mesh Garments Fit Better," saying they had found a different solution. Their Fitted Mesh Project Viewer added "collision bones" to avatars, which garments would be rigged to.

The Linden Lab development team has studied both approaches, and compared their effectiveness, maintainability, and performance. Neither approach completely eliminates the occasional need for an alpha clothing layer to prevent small parts of the avatar skin from appearing through garments, but both work quite well at resizing garments so that they fit the avatar and move naturally with it. While the collision bones method requires the creator to do some additional rigging, we have decided that because it leverages more of the existing avatar shape system it is likely to be the more maintainable solution and to perform better for a wider range of users.

At this moment, the viewer is still in it's experimental stage and "At this time, the new skeleton should be considered provisional and subject to change; we do not yet recommend selling or buying garments rigged to it. ... any change to the collision bones will likely break garments rigged before the change."

For the complete blog post, Click Here. Also, Inara Pey has written about the Mesh viewer, which you can read Here.