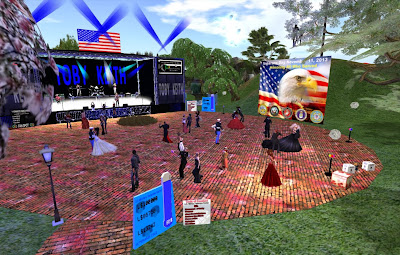 In the evening of Sunday November 10, Veterans Isle held a music event in honor of both Veterans Day and the US Marines Anniversary. 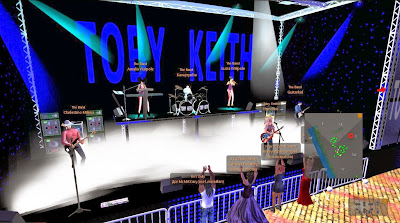 The concert was a Tony Keith tribute, and a group of residents played the roles of the country music singer and a band. They were cheered on by members of the crowd. 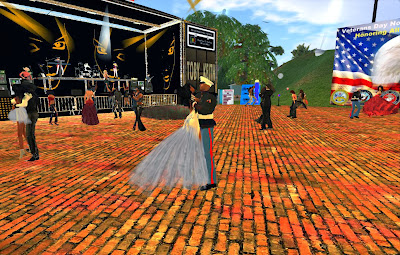 A number in the crowd were real life veterans, including some Marines. It was 238 years ago on November 10, 1775 that the US Marines were founded. While their weapons and tactics have changed over the years, their mission and certainly their dedication remains the same.

The Second Life Enquirer was also there, and interviewed several veterans about what the holiday means to them. 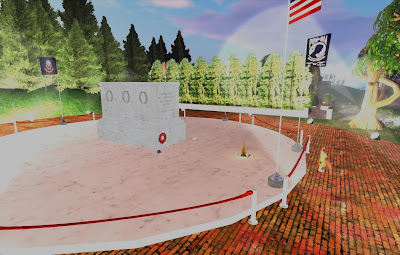 Nearby was a replica of the Tomb of the Unknowns. The bright lights made taking a picture difficult, but it's presence was unmistakable.

At the last Sunday of the month, Veterans Isle holds their monthly Wounded Warrior Tribute, led by Frets Nirvana.