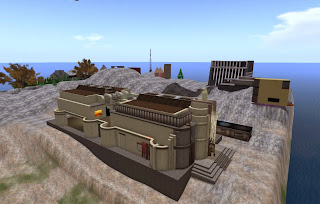 It was a fairly typical late November day at the Podex Exchange. Transactions were going about at  fairly busy rate. Between customers coming in, the tellers talked about where to get decorations for Thanksgiving. They also talked about holiday events, such as the one at Aero Pines Park.

It was in the middle of one of their conversations that a figure walked in. He was dressed all in black, with a white shirt underneath. He had on a dark cloak, and a funny hat with a buckle bigger than the one on his belt. Slung over his back was what looked like the stock of a firearm.

"Um, can we help you?" One of the tellers asked.

"Yes," spoke the visitor, "I was chasing a turkey, and I saw it run in here." 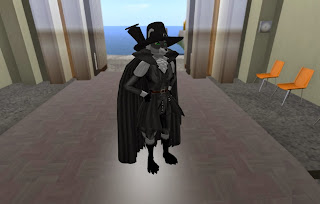 "Yes. I'm having a dinner of thanks with some very important neighbors, and they insisted a wild turkey be on the menu. Oh, I think I just saw him duck into there, where the vault is. I'll just be going in there after him."

"I think not," the teller chuckled, "I should have guessed it was just a matter of time before you pulled another one of your shenanigans, Clumsy Cooper."

"Who be clumsy? I just be a simple pilgrim trying to catch dinner for friends and family."

"I'll tell you what, since you livened up our day with your hilarity, we won't call the cops on you, if you just turn around and walk out that door."

"How about this?" Clumsy dropped his puritan act and drew the gun, a blunderbuss from the early days of firearms, "Hand over the Lindens, and no one gets hurt."

Instead of fear, the tellers just laughed, "You have got to be kidding. We know you. You haven't got the cash or patience to get anything more than a cheap freebie. That won't work here."

"Oh yeah?" Clumsy pointed the blunderbuss over the tellers' heads and pulled the trigger …

Clumsy blinked, then tried firing the gun again. It still wouldn't go off. "What the blazes? … He took the blunderbuss, and looked down the barrel 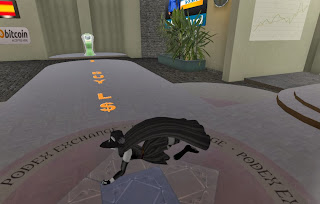 The gun went off right in Clumsy's face. Fortunetly for him, the blunderbuss' ammo wasn't fatal, the old weapon's purpose being mainly to scare and make noise. But the blast knocked the thief right out, and he collapsed. Once the tellers made sure he was otherwise okay, they called the police. The SLPD then showed up, and took Clumsy away, charged with attempted griefing.

But even if Clumsy Cooper's scheme had worked, there was no way he could have gotten away with any ill-gotten gains. “All our exchanges are done through electronic transfer,” a teller later explained to the SLPD, “He wouldn’t have walked away with a single Linden.”